A Brief History of Branch 24 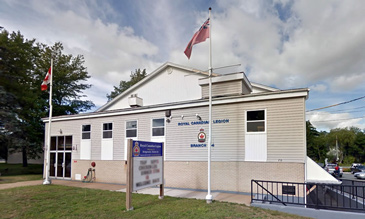 Branch No. 24 of the Canadian Legion of the British Empire Service league was organized. G. W. Bullock was elected President and G. F. Dolliver as Secretary-Treasurer. Meetings were held in three different locations, namely the old GWVA (Great War Veterans Association) rooms, the local Fire Hall and the Lodge at White Point Beach.

1943
Meetings held over the Blue Rose Tea Room to revive the Branch.

1946
Moved to the Masonic Hall. Plans were made to build their own Branch.

1956
November 11th, 1956, our original building was opened. The lot was donated by Comrade Harley Spence.

1961
Burning of the final mortgage of the Legion Building. December 1st.

1985
Another addition was put on our building under a work program for a Storage Room. In 1990 this room became our Historical Room. 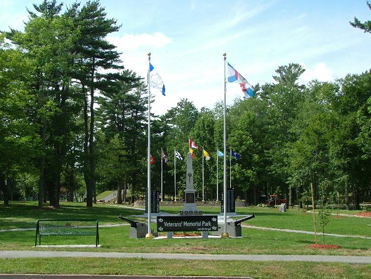 2005
Opening of the Veterans' Memorial Park.

Honors & Awards
"On 6 August 1957, at RCAF Station Chatham, New Brunswick, a Sabre aircraft (23217) crashed on take-off and burst into flames at the west end of the airfield. Flight Lieutenant Marsh was proceeding by private motor car to this area at the time of the accident to pick up another pilot who had landed there because of technical trouble. When F/L Marsh observed the aircraft
disappear in a large mushroom of smoke, far off the end of the runway, he drove his car at high speed in the direction of the smoke and was able to reach a point within a 100 yards of the aircraft. F/L Marsh then proceeded on foot at a full run to the scene of the accident and circled the burning aircraft using natural cover to minimize the hazard from flames and exploding
ammunition, to determine beyond doubt that hope was lost. As he circled the aircraft he heard the pilot (S/L Frizzle) call for help.

With complete disregard for his own safety, F/L Marsh struggled through the bush to the cockpit area and saw the pilot lying halfway out of the aircraft; the aircraft being on its side. After trying unaided to extricate the pilot, F/L Marsh realized he could not carry out the rescue alone. Observing four persons in the distance, he called for help and four airmen immediately came to his assistance. With great difficulty and considerable risk, the five men extricated the pilot, who was complaining of a broken back, and moved him to safety in such a way that his injuries were not aggravated.

F/L Marsh's prompt and courageous rescue efforts undoubtedly largely contributed to saving the life of the pilot, who survived his injuries. The splendid courage displayed by Flight Lieutenant Marsh notwithstanding the extreme risk of serious injury or death warrants praise of the highest order."

Past Presidents - Branch No. 24